Malaria is a vector-borne infectious disease caused by a protozoan parasite of the genus Plasmodium, which is transmitted from human to human by the bite of infected female Anopheles mosquitoes. There are four identified species of Plasmodium, namely, P. vivax, P. falciparum, P. ovale and P. malariae: P.falciparum being the most fatal one. The life cycle of Plasmodium inside human body begins with a series of asexual divisions in liver and then red blood cells. The sporozoites, injected by the infected female Anopheles mosquito, are carried to the liver, where they undergo asexual forms known as exoerythrocytic schizogony to form merozoites. When these infected liver cells burst, merozoites are released into the blood, where they invade red blood cells. After invading the erythrocyte, merozoite de-differentiates into a round trophozoite form.

The young trophozoite or the ring stage grows substantially to form schizont. Finally, it undergoes 4-5 rounds of binary divisions during the schizont stage, producing 8-36 new merozoites that burst from the host cell to invade new erythrocytes, beginning another round of infection. This phase of the infection (erythrocytic schizogony) is responsible for malaria pathogenesis. The parasites multiply within red blood cells, causing symptoms that include symptoms of anemia (light-headedness, shortness of breath, tachycardia, etc.), as well as other general symptoms such as fever, chills, nausea, flu-like illness, and, in severe cases, coma, and death. This animation emphasizes on the life cycle of Plasmodium inside human host.

Introduction to Breast Cancer
Breast cancer is a kind of cancer that develops from breast cells. Breast cancer usually starts off[...] 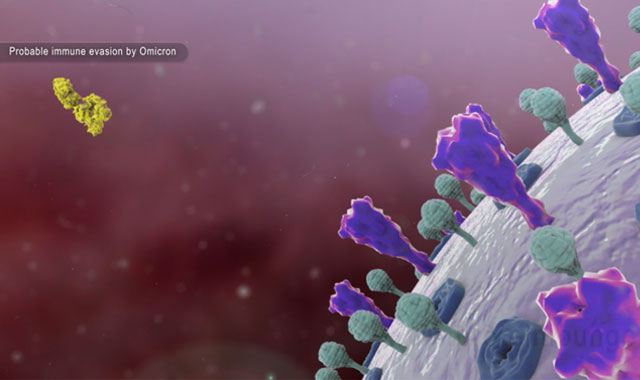 Omicron : The new SARS-CoV-2 Variant
The Omicron or B1.1.529 is a new variant of SARS-CoV-2, first reported to the World Health[...]
Angiogenesis And Cancer
Cancer has the ability to spread to adjacent or distant organs, which makes it life threatening.[...]
Swine Flu
Swine flu is a respiratory disease, caused by a strain of the influenza type A virus known as H1N1.[...]