Allergies are abnormal immune responses to allergens like pollen grains, dust, moulds and foodstuffs. Allergens cause abnormal production of immunoglobulin E (IgE). When the antigen makes contact with some part of the body, it is taken up, processed by Antigen Presenting Cell (APC) and presented on a Class II MHC to Helper cells. In the early stages of allergy, a type I hypersensitivity reaction against an allergen, encountered for the first time, causes a response in the T helper cells.

These T helper cells produce cytokines which stimulate B-cells to produce large amount of IgE, which circulates in the blood and binds to an IgE-specific receptor on the surface of mast cells and basophils. During second exposure, antigen binds to the IgE antibodies on the mast cells, which undergo degranulation to release histamine and other inflammatory chemical mediators into the surrounding tissue causing symptoms like Nasal Stuffyness, Sneezing, Runny nose, Watery eyes and mucous discharge. This animation delineates the process of immune response on encounter with an allergen. 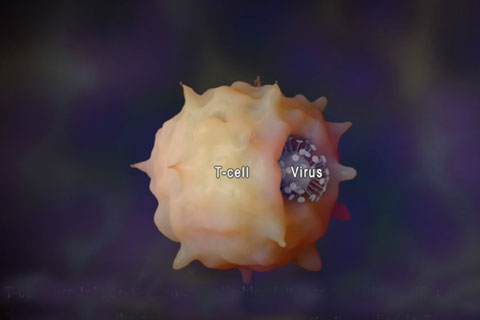 CAR T Cell Therapy
Chimeric antigen receptor, or CAR T-cell therapy is a type of immunotherapy that employs[...]
Angiogenesis And Cancer
Cancer has the ability to spread to adjacent or distant organs, which makes it life threatening.[...] 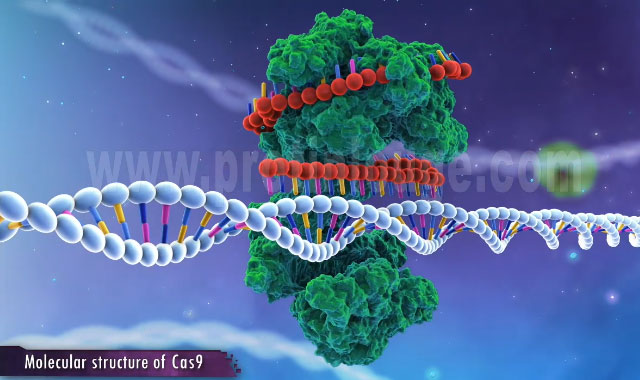 CRISPR/Cas9...Revolution in Gene Editing
CRISPR (clustered regularly interspaced short palindromic repeats) technology is a simple yet[...]
Swine Flu
Swine flu is a respiratory disease, caused by a strain of the influenza type A virus known as H1N1.[...]