Stmn1 (Stathmin-1) also referred to as Op18 (Oncoprotein-18) is a major regulator of microtubule dynamics. It is an evolutionarily well conserved 17 kDa cytoplasmic phosphoprotein that is highly expressed in a wide variety of cancers and its high abundance seems to be necessary for the maintenance of the transformed phenotypes. Breast cancers exhibit high levels of Stmn1 and may be resistant to anti-microtubule agents. Stmn1 destabilizes microtubule polymers of Alpha and Beta-Tubulin subunits, by promoting catastrophes that ultimately results in deregulation of cell cycle, hampering cell survival (Ref.1). One of the key properties of microtubules is that of ‘dynamic instability’. Dynamic instability comprises the continuous switching between catastrophes[..]

The process by which the body prevents blood loss is referred to as coagulation. Thrombin/TFIIa (Activated Factor-II) is a multifunctional serine proteinase, which serves as an essential component of the process of Blood Coagulation - the hemostatic process of greatest interest. When a blood vessel is injured, bleeding is stopped by clotting (Coagulation) factors that form a thrombus (clot) of Fibrin threads which trap platelet aggregates and other blood cells. Clotting is a mechanism used by the body to stop bleeding. Our body needs to be able to clot blood as this is the normal way bleeding is stopped to begin the healing following an injury. The first step in clotting is adhesion of platelets, which are fragments of blood cells that circulate in the blood, to the[..]

Plant growth and development are regulated by Internal Signals and by External Environmental Conditions. One important regulator that coordinates growth and development with responses to the environment is the Sesquiterpenoid hormone ABA (Abscisic Acid). ABA plays important roles in many cellular processes including Seed Development, Dormancy, Germination, Vegetative Growth, Leaf Senescence, Stomatal Closure, and Environmental Stress Responses.  ABA is synthesized in almost all cells, but its transport from roots to shoots and the recirculation of ABA in both Xylem and Phloem are important aspects of its physiological role. The most extensively investigated developmental and physiological effects of ABA are those involved in Seed Maturation and Dormancy and in the[..] 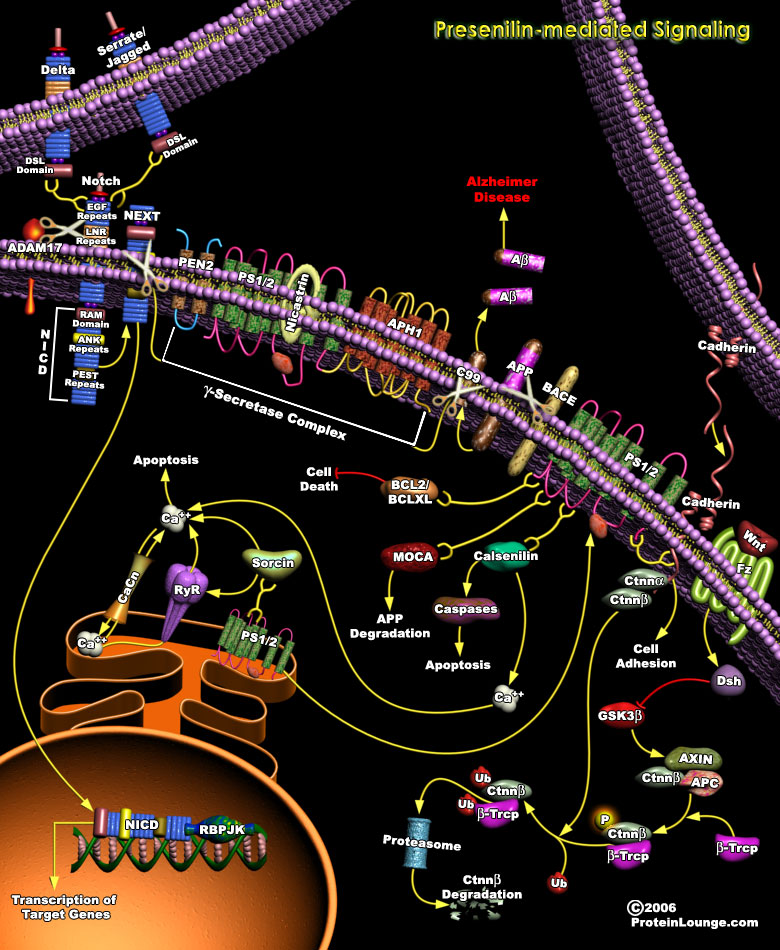 G-proteins are heterotrimers, consisting of Alpha, Beta and Gamma subunits, and are involved in signaling to distinct effectors. Heterotrimeric G-proteins convey extracellular signals that activate 7-transmembrane-spanning GPCRs (G-Protein-Coupled Receptors) to the inside of cells, communicating this information to effector proteins and thus initiating changes in cell behaviour. GPCRs constitute a large and diverse family of proteins whose primary function is to transduce extracellular stimuli into intracellular signals. GPCRs recognize a variety of ligands and stimuli including Peptide and non-peptide Hormones and Neurotransmitters, Chemokines, Prostanoids and Proteinases, Biogenic amines, Nucleosides, Lipids, Growth factors, Odorant molecules and Light. GPCRs turn on[..]

PKA (Protein Kinase-A) is an enzyme that regulates processes as diverse as growth, development, memory, and metabolism. In its inactivated state, PKA exists as a tetrameric complex of two Catalytic subunits (PKA-C) and a Regulatory (PKA-R) subunit dimer. To date, four regulatory subunits have been identified (RI-Alpha, RI-Beta, RII-Alpha and RII-Beta), which are differentially distributed in mammalian tissues. RI-Alpha and RII-Alpha are expressed ubiquitously, RI-Beta is expressed predominantly in the brain and RII-Beta is expressed primarily in brain, adrenal and adipose tissues. These R subunits define Types-I and II PKA, with both types of holoenzyme having three potential C subunits (Alpha, Beta and Gamma). The C-Alpha and Beta subunits share 93% homology and[..]

GPCR (G-Protein-Coupled Receptors) constitute a large and diverse family of proteins whose primary function is to transduce extracellular stimuli into intracellular signals. They are among the largest and most diverse protein families in mammalian genomes. Also termed Serpentine receptors, GPCRs are polytopic membrane proteins that share a common structure with seven transmembrane segments, but sequence similarity is minimal among the most distant GPCRs. GPCRs recognize a variety of ligands and stimuli including Peptide and non-peptide Hormones and Neurotransmitters, Chemokines, Prostanoids and Proteinases, Biogenic amines, Nucleosides, Lipids, Growth factors, Odorant molecules and Light. These receptors affect the generation of small molecules that act as[..]

The heterotrimeric G-Proteins (Guanine nucleotide-binding Proteins) are signal transducers that communicate signals from many hormones, neurotransmitters, chemokines, and autocrine and paracrine factors. The extracellular signals are received by members of a large superfamily of receptors with seven membrane-spanning regions, known as GPCR (G-Protein Coupled Receptor), that activate the G-proteins, which route the signals to several distinct intracellular signaling pathways. These pathways interact with one another to form a network that regulates metabolic enzymes, ion channels, transporters, and other components of the cellular machinery controlling a broad range of cellular processes, including transcription, motility, contractility, and secretion. These cellular[..]

G-proteins (Guanine Nucleotide-Binding Proteins) are heterotrimeric proteins that mediate signal transduction between many membrane-bound receptors and intracellular effectors. Traditionally, activation of heterotrimeric G-proteins is accomplished exclusively by the action of GPCRs (G-Protein Coupled Receptors), Seven transmembrane-spanning proteins that typically reside in the Plasma membrane. G-proteins consist of Alpha, Beta and Gamma subunits, and each is involved in signaling to distinct effectors. There are 20 different mammalian G-Alpha subunits (depending on alternative splicing) and 6 Beta and 14 Gamma subtypes. The G-Beta-subunit of heterotrimeric G-proteins has a Beta-propeller structure containing seven WD-40 repeats. The Gamma-subunit interacts with the[..]

Coagulation is a dynamic process which involves the regulated sequence of proteolytic activation of a series of zymogens to achieve appropriate and timely haemostasis in an injured vessel, in an environment that overwhelmingly favours an anticoagulant state [Ref.1 & 2]. There are two main mechanisms for triggering the blood clotting, termed as the contact pathway/intrinsic pathway and the tissue factor pathway/extrinsic pathway [Ref.3].The contact pathway of coagulation is initiated by activation of factor XII (fXII) in a process that also involves high-molecular-weight kininogen (HK) and plasma prekallikrein (PK). Contact of blood with an artificial surface leads to a change in the conformation of fXII, resulting in the generation of small amounts of active factor XII[..]